Into The Lion’s Den: The North Family Emigrate From Rhodesia To Britain

But you can never leave.”

Sitting in the glass detention box, like a prized goldfish, surrounded by armed guards at the Stavanger airport in Norway, John North* watched the rest of his mostly British and Norwegian work crew openly smirking at his plight.

*John North is a pseudonym.

It was a routine North Sea Oil crew change flight in late 1979, when John was dramatically declared a prohibited alien to be deported immediately under arms. This could result in tragedy for him and his young family, if he lost his job they’d be deported from Britain. His British visa restriction, as many knew, permitted no change in job or residence. As he watched the smirking faces, John asked himself:

What did the world want? We are told we are white and therefore have no legitimate rights to the nation, farms or businesses we built over generations. We are also told we are not welcome anywhere else. Isn’t that how genocides are engineered?

In late 1978 it became obvious to John and his wife, that Rhodesia was to become yet another failed African state. Northern Rhodesia became the failed state of Zambia and promptly forced the starvation of 2,000,000 black Zambians (deemed non-PC by their black ‘liberation’ government). In other ‘liberated’ nations the horrific torture and massacres of (especially) white men, women and children had resulted in a flood of white, mixed race and black refugees from Mozambique and Angola. The savagery the survivors spoke of paralleled the massacres of the Congo in the 1960’s. There was no reason to believe ‘liberated’ Zimbabwe would be any different. What future was there for their two children?

I was born in Rhodesia but, even as teenager in the early 1960’s I sensed storm clouds brewing for Rhodesia. I became determined to register my birth with the RSA Diplomatic mission in Salisbury as soon as I legally came of age. My Grandfather was born in RSA so I was eligible for a South African passport. However, they were reluctant to attend to my documentation so, much to their irritation, I declared that I’d sleep in foyer until they did.

Years later this stubbornness (not respected from a teenager) proved to be our ONLY ticket out of Rhodesia after my wife and children were refused permanent residency in South Africa. That’s when we had to look North, to Britain where, technically my wife, children and I were entitled to British passports… Technically.

Like most young families in Rhodesia we lived modestly and depended on both my and my wife’s income. I worked at the factory in-between army call ups and my wife was a secretary. We never saw anything like Mugabe’s many palaces! In those days, with 2 small kids, going to the Drive-In to watch Star Wars was a major treat!

However, after realizing South Africa wasn’t going to accept my wife and children, I risked my job and almost all our savings into going overseas to re-train and, hopefully, qualify for a job in a new field. I transitioned from manufacturing paper products in land-locked Rhodesia to qualifying for work in the North Sea Oil field, in those days it was a surreal experience, as if I had stepped onto the set of Star War with Luke Skywalker!

The British Home Office ‘granted’ me a 6 month restricted visa to commence work in the UK. I had been informed my wife and kids were entitled to Temporary Travel documents issued by the British government to join me. Spitefully (as we ascertained later), the British Embassy in Pretoria issued them a travel permit valid for a mere two weeks knowing that, in those days, it was hardly enough time to travel that far and then apply for and obtain the temporary residency visas they were entitled to in the UK.

Even once they were in the UK, the Home Office granted them a two month restricted visa, my family could be deported while I was at work in the North Sea! Deportation was always an imminent threat and being forcibly returned to what was evidently becoming the land of Communist Chinese backed Mugabe, was a terrible prospect. To try and emigrate anywhere after being deported while being white was almost impossible.

My only option was to learn to read British legislation. This was long before the internet, so I had to catch trains, go to various government offices and put up with the run around. Eventually I found the relevant legislation and sections proving my family and I were entitled, at the very least, to Temporary British Passports valid for 1 year.

However, aside from being overtly hostile to Rhodesians, the Home Office Staff were terribly busy bending over backwards for the Pakistani and MENA nationalities we always encountered in the visa lines. To the point the petulant Manchester Home Office staff had to be shown, word by word, a hard copy of the relevant legislation in public view.

Zimbabwe was only recognized as a legitimate nation after it became UN approved Communist under Mugabe on 18th April 1980. Even then, it took some time before a white person could travel on a Zimbabwean passport without being “denied entry”.

Due to a deal, with Mbeki and his Communist Chinese handlers, to lull white South Africans into a sense of security about a future “Rainbow Nation”, Mugabe resisted exterminating the white Rhodesians until after South Africa was safely in the hands of the Communist ANC. Unfortunately, in the years between 1980 and 2000, more than 100,000 black Rhodesians were sacrificed on the Communist Altar of ‘liberty’.

Just before their one year temporary British passports were due to expire, John called the British Home Office about their renewal. A Pakistani gentleman informed him that he should send the passports in for renewal, but during the conversation he inadvertently let slip that they would be cancelled. This was unacceptable, a cancelled document was far more dangerous than a lapsed document.

So the passports were never sent in – the British Home Office clearly didn’t care if the North family were left passport-less. This was the very plight the West family suffered, a year earlier, thanks to a British Embassy in South America! Despite having served Britain in WWII, Mr West’s young children were illegally stripped of their documents by the British Embassy upon their legal arrival to another country in South America. They were made, persona non-grata, illegally by Britain.

He was forced to revert to commuting to work in the Norwegian North Sea sector using my South African passport. We all worked 2 weeks on, 2 weeks off, after a couple of stints he arrived in Stavanger for the regular crew change and was promptly separated from the rest of his crew and taken away by 2 armed Security guards. To their open amusement, he was told that ‘South Africans’ were no longer allowed into Norway and he was to be deported on the next flight back to the UK. He was now deemed a prohibited immigrant, he was at serious risk of losing his job and then being deported from the UK.

In late 1980, with the British Govt satisfied it had achieved its objective to “give” anti-Communist Rhodesia to the known Chinese Communist trained and owned terrorist Mugabe and his ZANU party (much like they “gave” half of Europe to Communist Stalin, without a vote, after WWII), it became possible to travel with a Zimbabwe Passport while being white. This aided the process of the North family obtaining visas for Australia.

On the way to Australia the Norths decided to visit the newly ‘liberated’ Zimbabwe. The degeneration of the country in less than 3 years was so appallingly obvious, the North’s never regretted leaving, nor living penny to penny with deportation threats and smirking co-workers!

Proudly, the family eventually obtained Australian citizenship and a ‘real’ passport. And, just as they had in Britain, they paid full taxes and, despite not even being able to afford an old-battered TV for a long time, they took nothing from the State in welfare, zero! They had no criminal record, their children attended school and Sunday school, they were model immigrants… but they were white.

Less than 30 years later the North Family started to see the old familiar signs and realised that Australia was also going more and more Communist. Not just in terms of selling out to Communist China, but in adopting the Marxist psychopath, which targets, with the most vehemence, white Christian families who are quietly and diligently working at being independent business owners and producers.

So the North family and their descendants ask themselves…

Where is it OK to live as an independent, productive and self-sufficient law abiding Christian white family who refuses to “Bend Their Knee” to anyone but God?

Editor’s Question: Why does the Western world agree to Situational Ethics that always seem to be anti-white, anti-Christian, anti-sovereignty and anti-Western? What is the agenda? 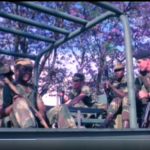 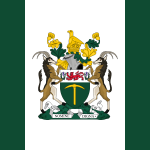 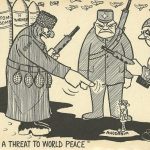 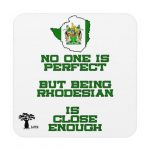 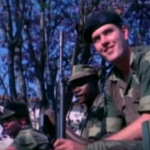 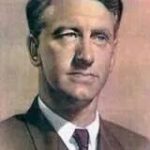